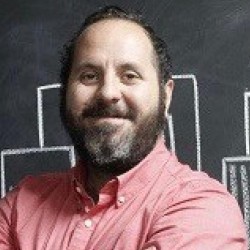 Marcelo RiciglianoFollow on TwitterOk, someone has to be a non-coder. Although technology is his passion (and Juve, of course), Marcelo is not a software developer (he actually graduated as a Lawyer). He has been founding Tech-startups since 2010, and, now, together with Alejandro, they are introducing a new framework to the world of coding education: 4Geeks Academy.December 23, 20155 min, 6 sec read

In 2009, together with two friends, we started a small software company with very big ambitions.  Just like any other startup story, we had no money (we didn’t raise any funding), and our main office was our garage.

After lots of sleepless nights and lots of lines of code, we managed to start earning some money.  We had enough to hire our first three employees: a software designer (Santiago Perez) and  two developers: Ignacio Córdoba and Alex Milano.

Trying to find Alex and Nacho, we realized how difficult it was to find great developers.  That’s why we decided to call ourselves a “Developers community.”  We wanted to be the place where all the developers wanted to be: with a great working environment, lots of events and fun, educational workshops and programming courses, etc.

The years went by and we launched a lot of initiatives inside of the community: The TechMeetup (a monthly event to gather the startup ecosystem in the city), The Dev Labs (extracurricular learning laboratories in universities), lots of learning workshops, programming courses, etc.

The community worked!  We were a very attractive place for developers, and we grew from 6 to 80 employees in 4 years, with commercial operations in 5 countries and more than 250 projects delivered.

One day, Alex resigned and we had to hire another CTO.  That’s when we met Romer Ramos.  He had the idea of launching an unconventional educational institution to teach software development.  At the beginning, we were a little skeptical about the idea; lots of questions came to our minds:  Are we willing to compete with universities?  Is it possible to turn a new student into a software developer in 3/4 months?  After all, our teaching experience was limited to doing workshops, being assistants in university lessons,  and other initiatives within the community.

We kept talking about the academy for a while, and in February 2014 we started planning {HACK} – a web development bootcamp in Caracas, Venezuela.  6 months later, HACK was a reality: the first Cohort started on the 20th of October 2014.  Romer became the CEO, and 4Geeks became the sponsor with all the funding needed and taking part in the operations of the new company.

The first cohort was great.  The students loved the academy, 60% of them experienced a raise in income.  Some of them even moved to other countries and started their careers as software developers overseas.

After 3 cohorts and our growing experience with HACK, 4Geeks decided to launch another bootcamp in Miami – the epicenter of the Latin American community in the U.S. – and 4Geeks Academy was born.

Learning from our experience with HACK, we decided to do all of 4Geeks Academy courses part-time, making the programs more affordable and accessible to everyone.

4Geeks Academy is the result of 6 years of experience of both developing and teaching software.  We believe that the future of education is “part-time.”  It is the best option to be constantly improving – now that the skills needed to thrive in professional fields evolve faster and faster each day.

4Geeks Academy is backed up by over 200 active developers in our community, and we plan to open branches in all the talent hubs of Latin America.

Now we have a solid Syllabus and over 300 graduates.  We have been funded, we have established amazing alliances and partnerships, we have opened 4 Locations at the same time (Miami, Caracas and Maracaibo), we have the structure, and the appropriate team and we are working really hard in order to become leaders in Coding Education in Florida and South America.

Learn more about our program